​On December 14th 2012 the THAC held it’s annual installation dinner and holiday party at the Highland Falls Fire Deprtment. Each year we hold a party to celebrate the installation of new officers for the coming year, members hard work and achievements and the holdays! Below are pictures from that event.

​On Sept 11, 2012 THAC Driver Sarah Botez, who iss assigned to the USMA Band at West Point, played taps at the Memorial service in the Patriot Garden in Fort Montgomery. Three wreaths were laid. One was laid by the Fort Montgomery Fire Department, one by the President of the Town of Highlands Ambulance Corps. ( Driver Randy Shuman) and one was laid by Town of Highlands Poice Chief J. Quinn. The event was attended by many people. 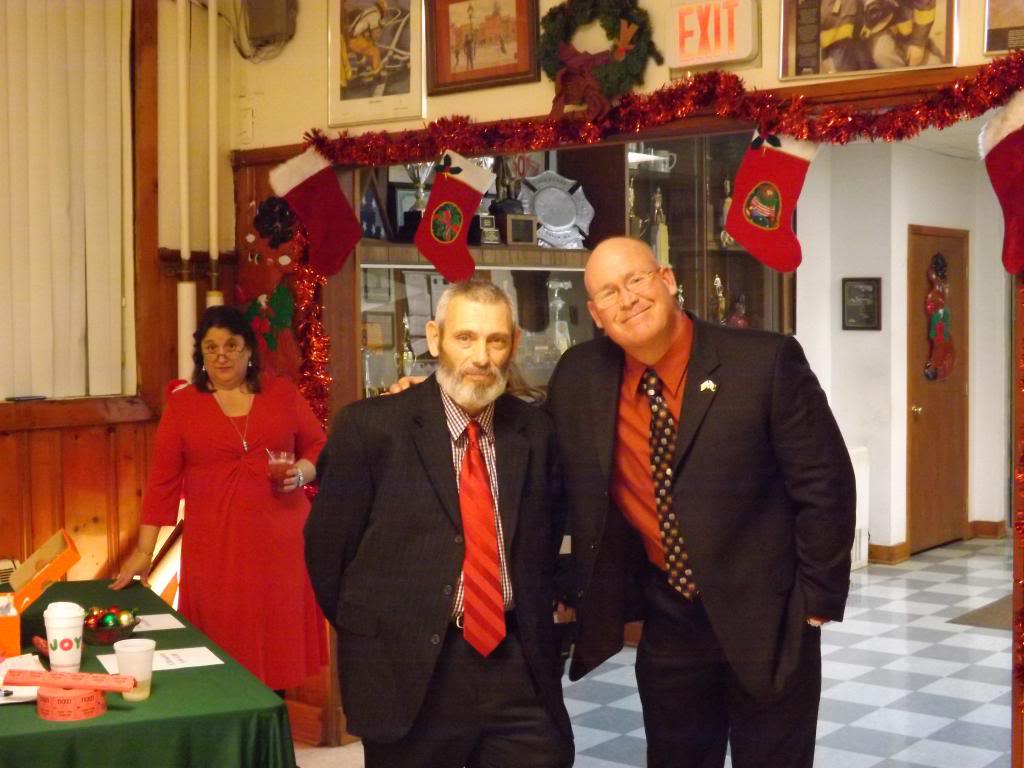 ​During Hurricane / Tropical Storm Irene THAC stood ready to answer any calls for service. From 7pm Saturday night til 7pm Sunday night crews were moved from their headquarters to each of the Fire Departments in the community(One in Highland Falls FD, One in Fort Montgomery FD). Each “substation” was staffed with 1 ambulance with a full crew and a few extra crew members to serve at each of the shelters that were setup to house community members that were displaced due to the storm. During the storm THAC responded to a “Swift Water Rescue” along side the Highland Falls Fire Department to assist in removing occupants of Weyant Green Apartments from danger and shuttling them to one of the shelters. THAC recieved one call for service for a motorist who was stranded inside and on top of their vehicle in about 4 or 5 feet of moving water. EMT Jason Stroppel from THAC and Assistant Chief Cleve Lent from FMFD quickly made an assessment to charge into the water with a throw bouy and rescue the man, who also happened to be having chest pain. Both EMT Stroppel and Assistant Chief Lent recieved commendations for their actions. Below are several pictures from during the storm. 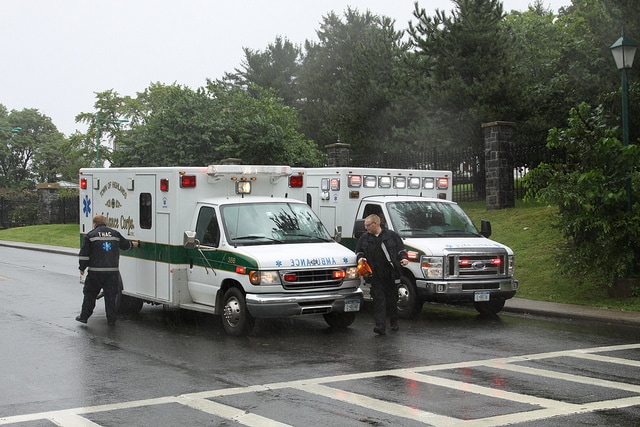 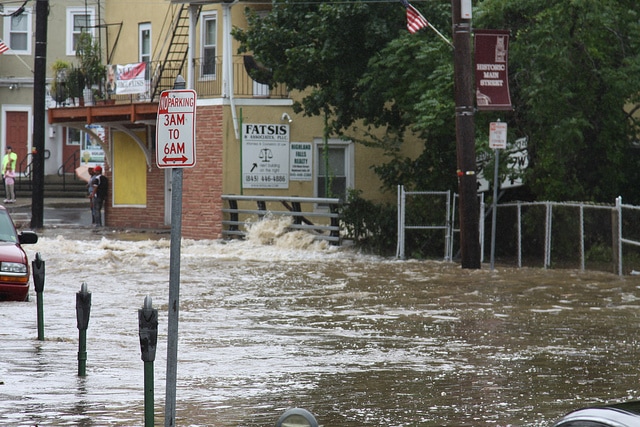 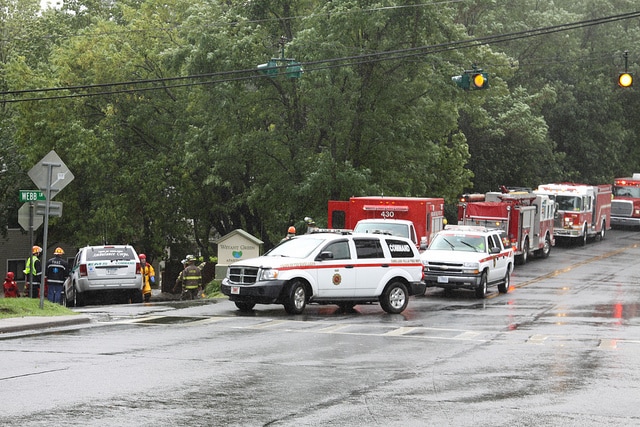